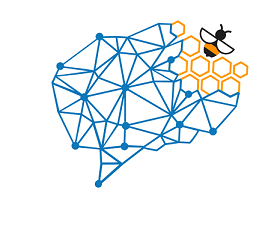 The 2016 English Brain Bee was held on 31st May, right after my end-of-year exams. That morning, I packed my voluminous study guides, ate a huge breakfast, and headed out the door. As the other participants arrived, there was a sense of nervousness hanging in the air, but I was also excited to meet other students interested in and knowledgeable about neuroscience. As we sat behind the desks with only a pen in one hand and a brain in our head, the two judges, Dr Hayriye Cagnan and Dr Gabriele Lignani, walked into the room, heightening our sense of excitement even further.

The first round was the written exam, with a series of questions on a wide variety of topics including anatomy, histology, and patient diagnosis. Rather than just pure memorization, I tried to think logically to get to the answer. The Brain Bee is indeed a lot of memorization, but I understood better by knowing the concepts underlying names of structures and processes. For example, when answering a question about cells in the retina, I conceptualize an image of the retinal layer in my head and the shapes and functions of the cells remind me of their names.

After the exam, we had a snack break and the opportunity to talk with one another. The tension that I felt at the beginning of the competition was almost gone, and we chatted about topics other than neuroscience as well. It was really nice to have this time to relax and mingle. The oral exam final round was held between the top five students of the written exam. It was a triple-elimination system, in which a student has three chances of failing to answer a question correctly. I answered a few about vision, nociception, neural transmission, and spinal cord. As the questions became more and more difficult, there were fewer participants left, until all eyes were turned towards me and I was the only one left, as I answered a question on the structure and function of the basal ganglia. “Wishing you all the best for your further studies in neuroscience.” I shook hands with Dr. Lignani and Dr. Cagnan as I received the certificate, still not aware of what I had achieved at that moment. It became clearer as the other students wished me congratulations and my teacher gave me a big hug.

This experience inspired me to work as one of the head organizers at the 2017 English Brain Bee, to encourage more students to dive into this exciting field. I did feel a lack of resources when studying for the competition, though, so I am also collaborating with the British Neuroscience Association to make educational resources more accessible. I really hope that the English Brain Bee will keep motivating students and I wish the best of luck to every future participant!