On Friday 12 June 2015, 47 high school students congregated at University College, London to take part in the inaugural English Brain Bee, a neuroscience quiz-style competition. The majority of participants were Year 9 students from the nearby Maria Fidelis Catholic School; the rest were a Year 10 group from Simon Balle School in Hertford. 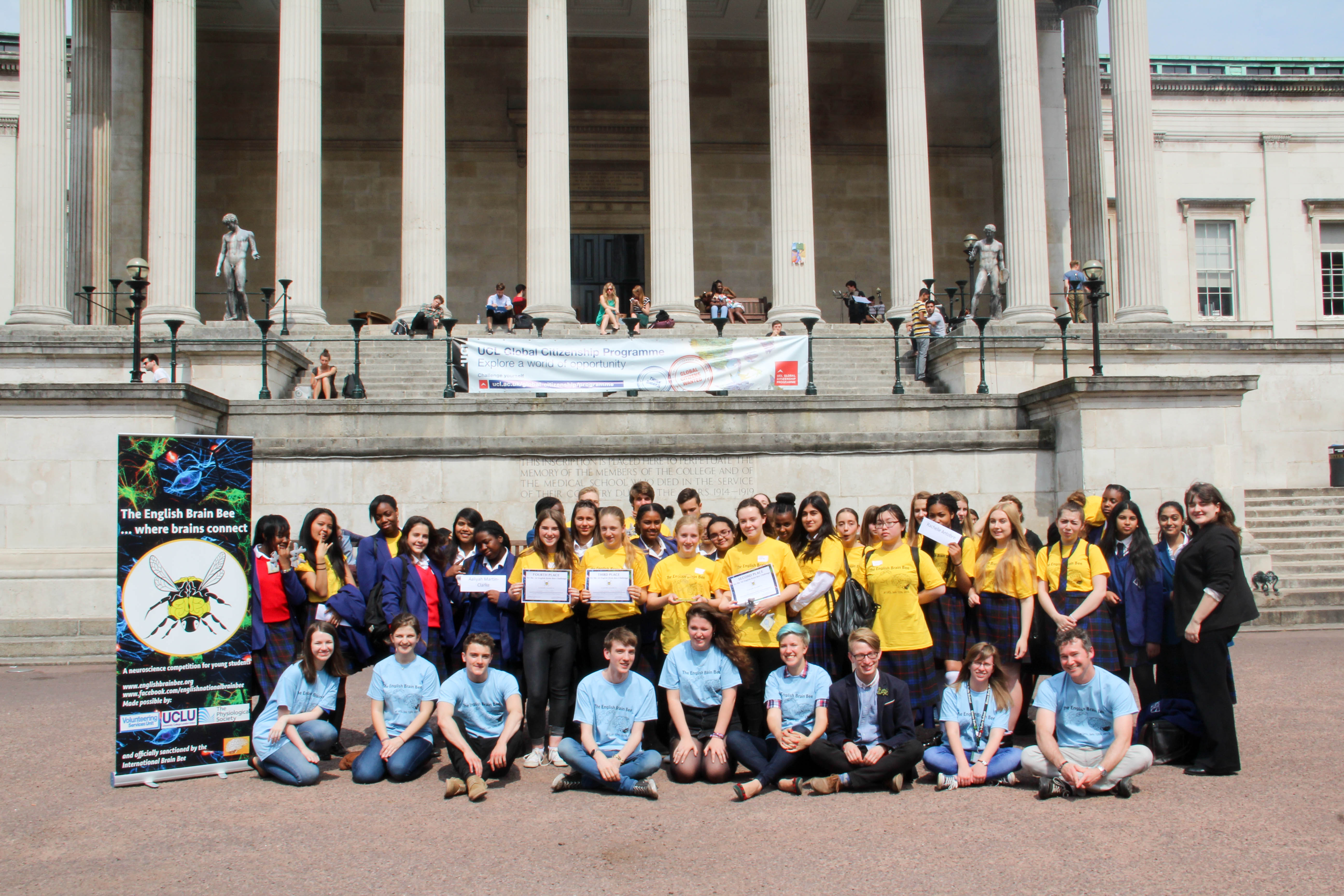 The English Brain Bee is the most recent addition to over 30 countries that participate in the International Brain Bee, founded by Norbert Myslinski in 1998 to encourage young students to learn about the human brain and pursue careers in neuroscientific research. An estimated 30,000 students compete annually across the world, in countries as diverse as the USA, Nigeria and Macau. They can advance through three tiers of competition, from local to national and ultimately to the International Championship. 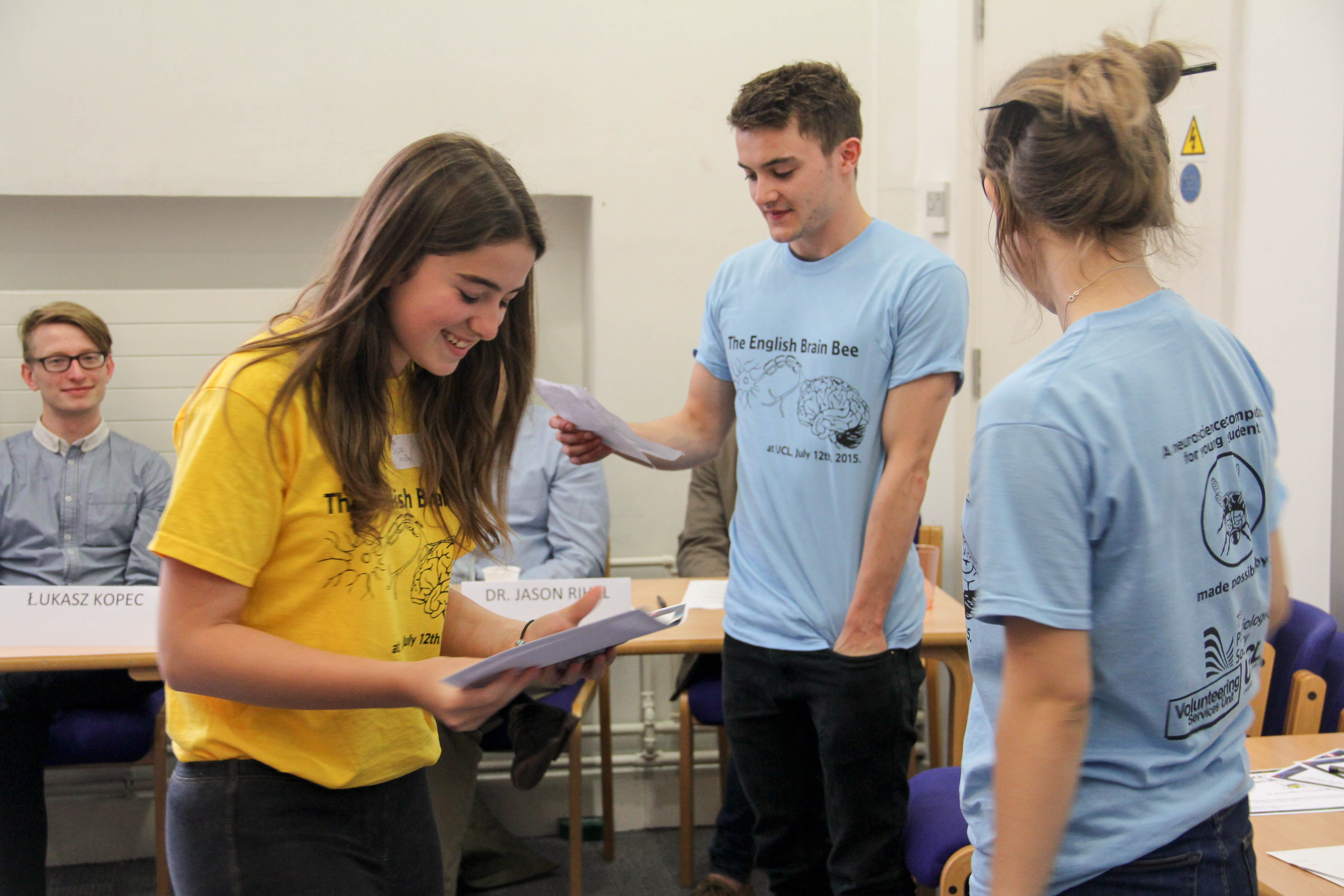 Participants prepared by studying the 60-page booklet The Science of the Brain, a publication of the British Neuroscience Association which is available to download online. This covers a breadth of topics often in degree-level detail, such as the neurological mechanisms underlying sleep, stress and motor function. Additionally a primer on neuroanatomy was provided to aid the students’ understanding of structures such as the hippocampus and ventricular system. 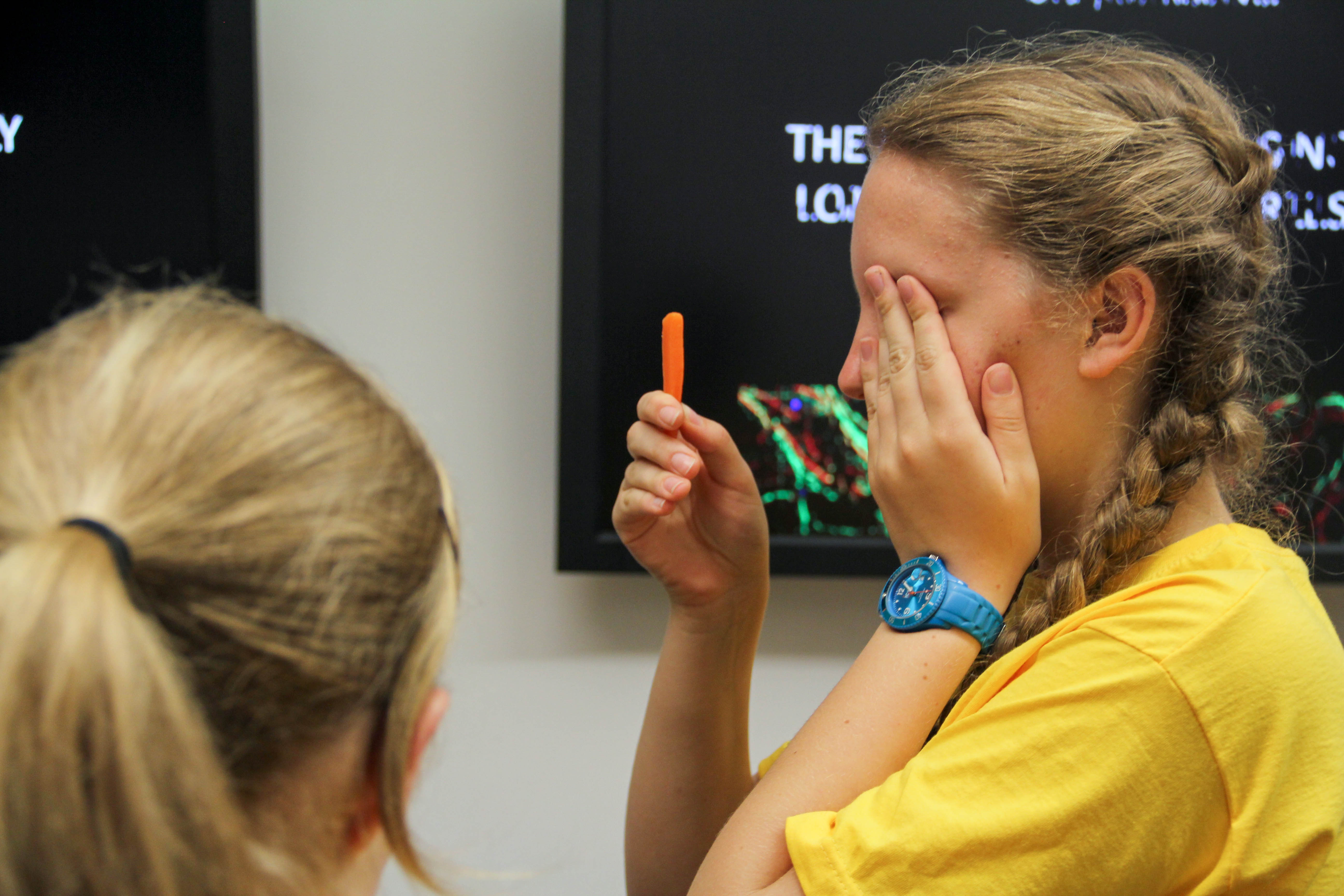 A team of six UCL science undergraduate volunteers had prepared a range of activities and challenges. After a short written quiz to warm up, the first question-and-answer session began. Participants individually approached the front of the lecture theatre to answer a question posed by the esteemed judging panel, UCL professors, Stephen Price and Jason Rihel as well as PhD student, Łukasz Kopeć.

After lunch the students listened with interest to a talk by Prof Rihel about his research, the mechanisms underlying sleep in zebrafish. The neuroanatomy section followed, where participants had to identify the structures indicated on brain models and histological images, and their associated functions. 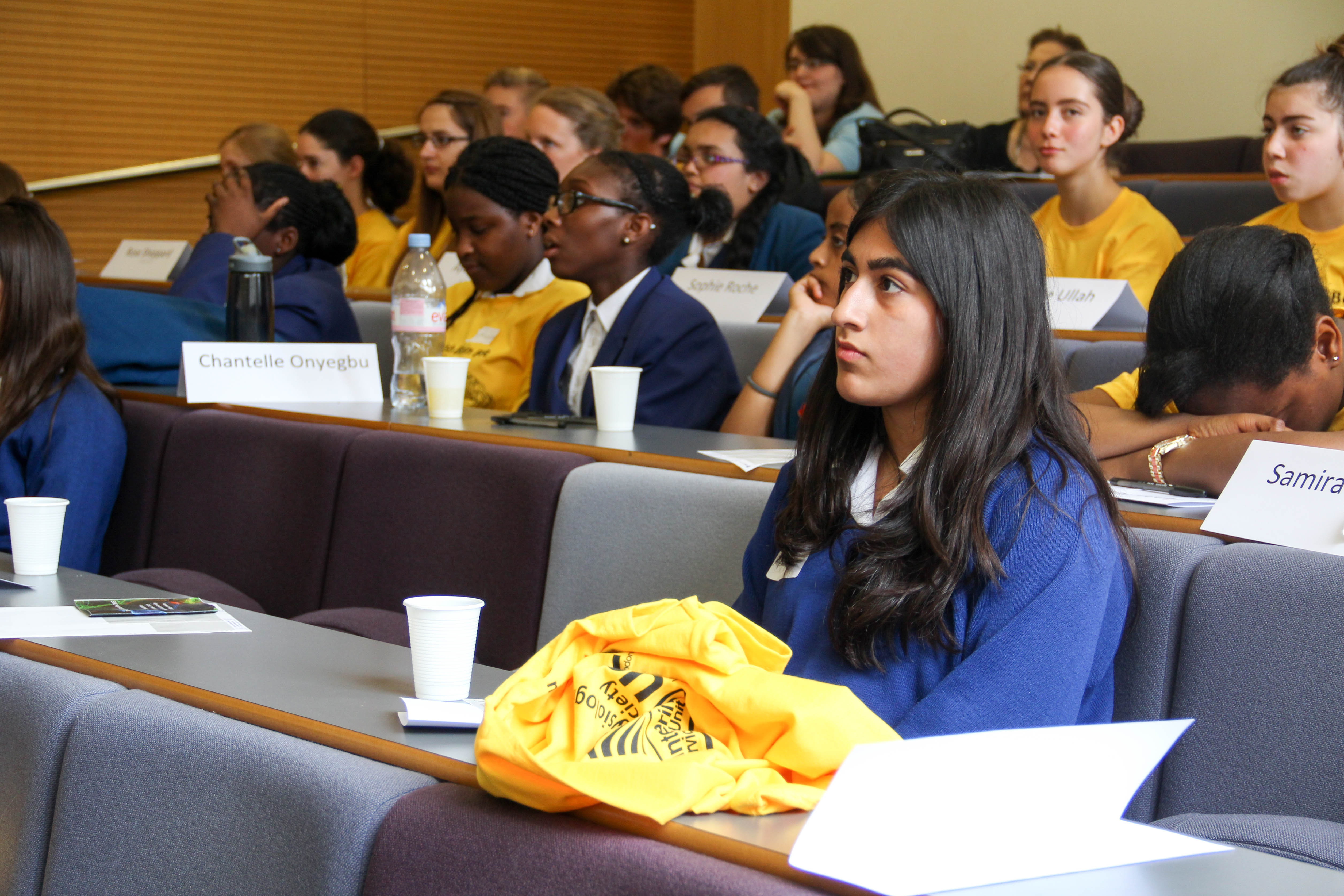 Those who finished had the opportunity to perform some fun neuroscience experiments, such as trying ‘miracle fruit’ tablets that alter taste perception, and guess which neurological mechanisms were at work. “It was such a pleasure to see all the students doing the experiments we had prepared for them and seeing that they were genuinely interested in the science behind them,” observed Marta Tondera of the Brain Bee organising committee. 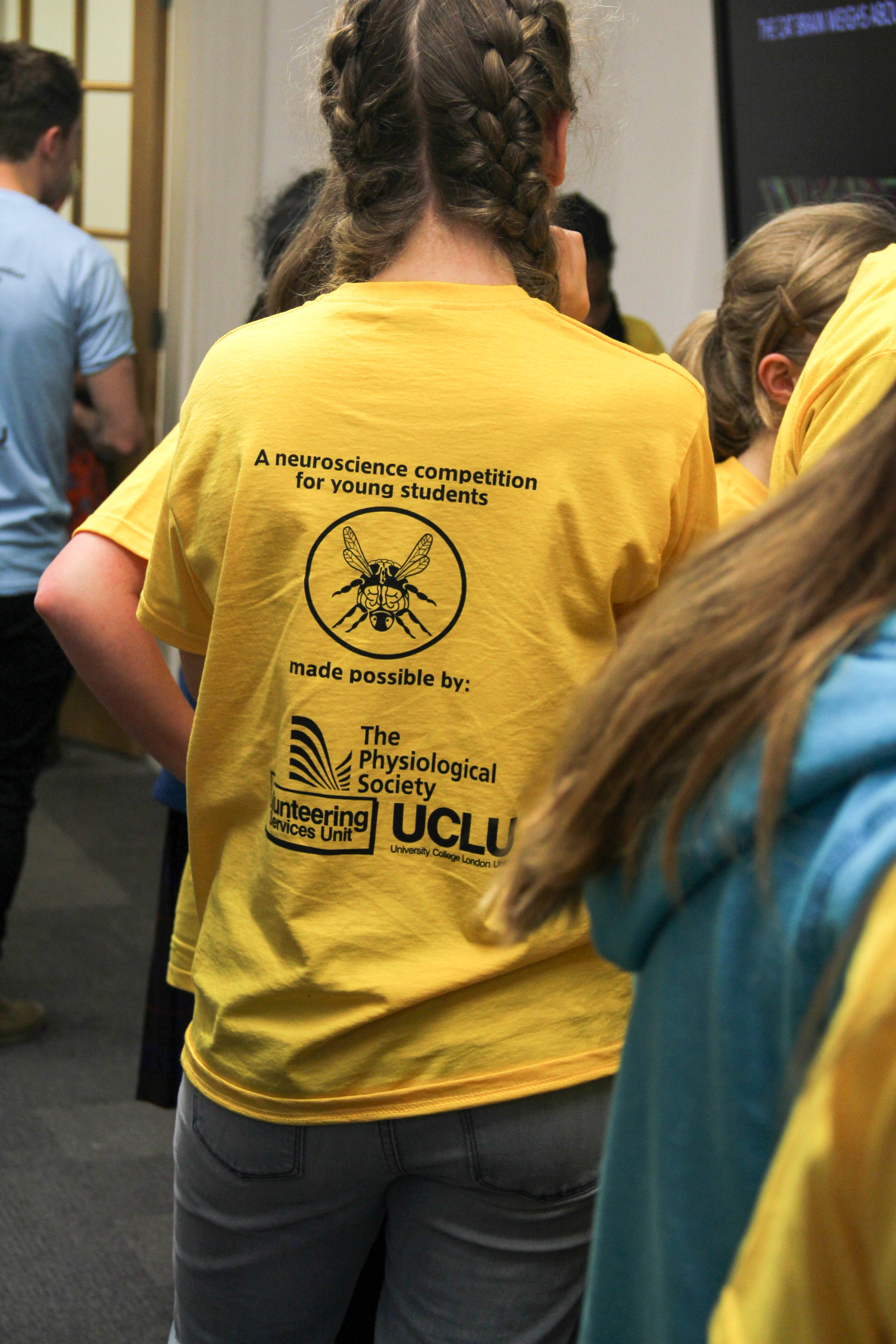 Finally, all scores were tallied and the top ten participants were selected to take part in the ultimate question-and-answer session, which would determine the champion of the competition. Tension mounted during the final rounds, where more than one incorrect answer would result in elimination. The rest of the lecture theatre fell silent as the finalists attempted to answer questions such as the propagation of an action potential.

The Brain Bee was not only an enriching experience for the prize-winners, but was enjoyable for all participants, volunteers, teachers and judges involved. “I had great fun on the drive in”, said Dr Gareth Jones, a teacher from Simon Balle School, “A minibus full of kids talking about the hippocampus and basal ganglia! Cool huh!” 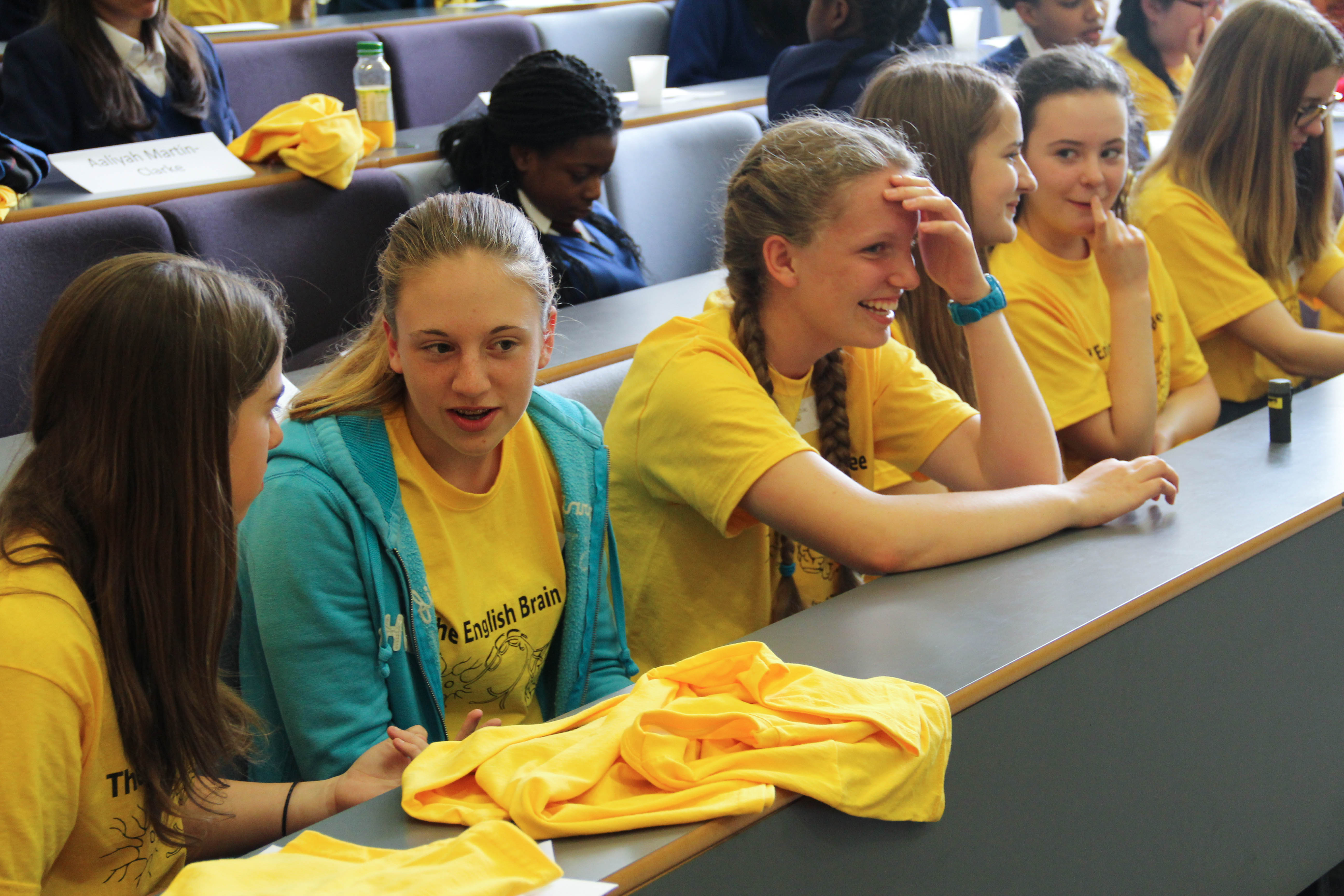 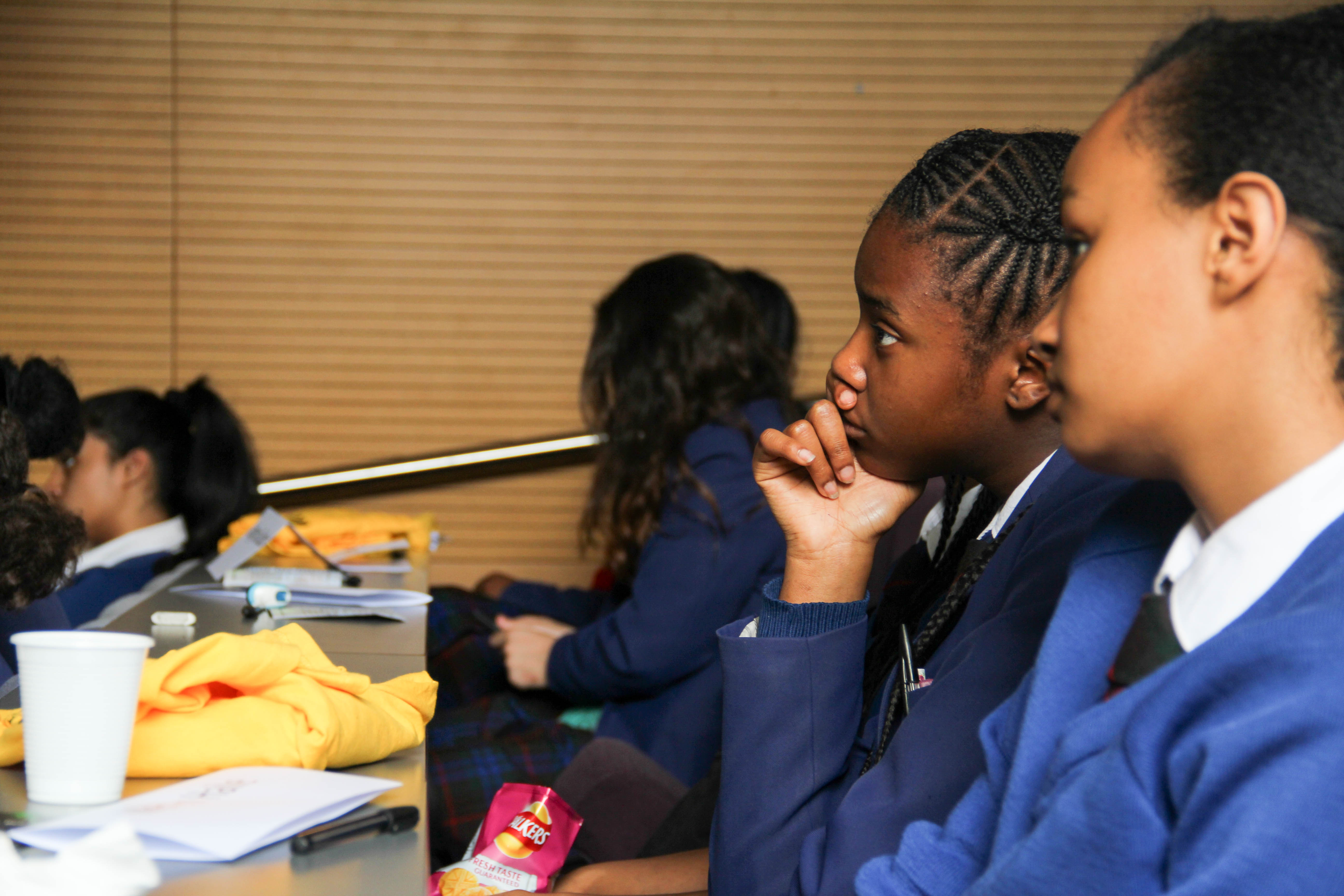 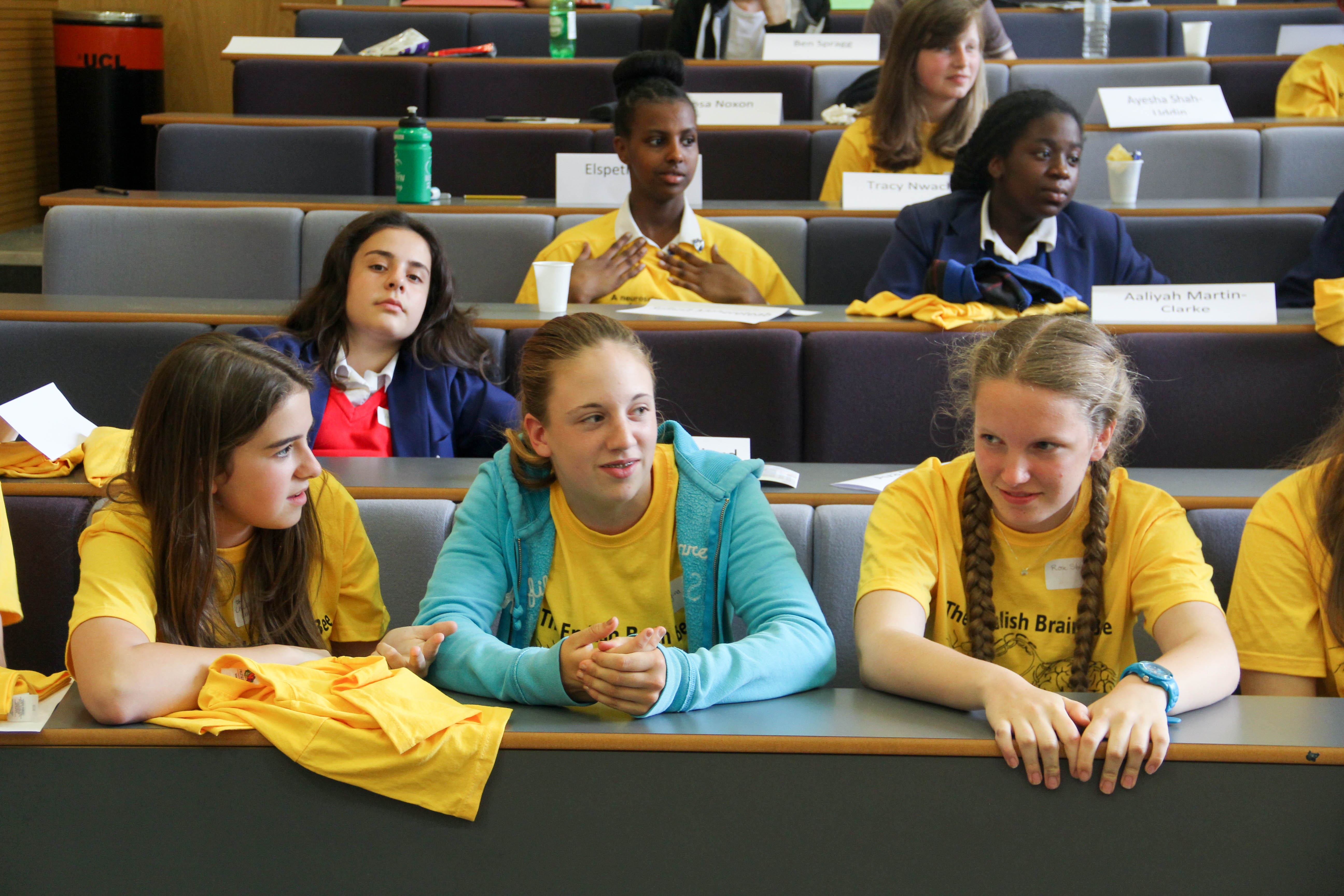 The English Brain Bee will continue to take place annually. The vision is for it to branch out into smaller, local-scale competitions across the country, to reach an extent comparable to countries with the more established Brain Bee communities, such as the USA or Australia. By doing so, the Brain Bee aspires to ‘spread the word’ of neuroscience amongst the next generation of students, sparking an interest for scientific research as a whole and motivating the pursuit of neuroscience as a career. 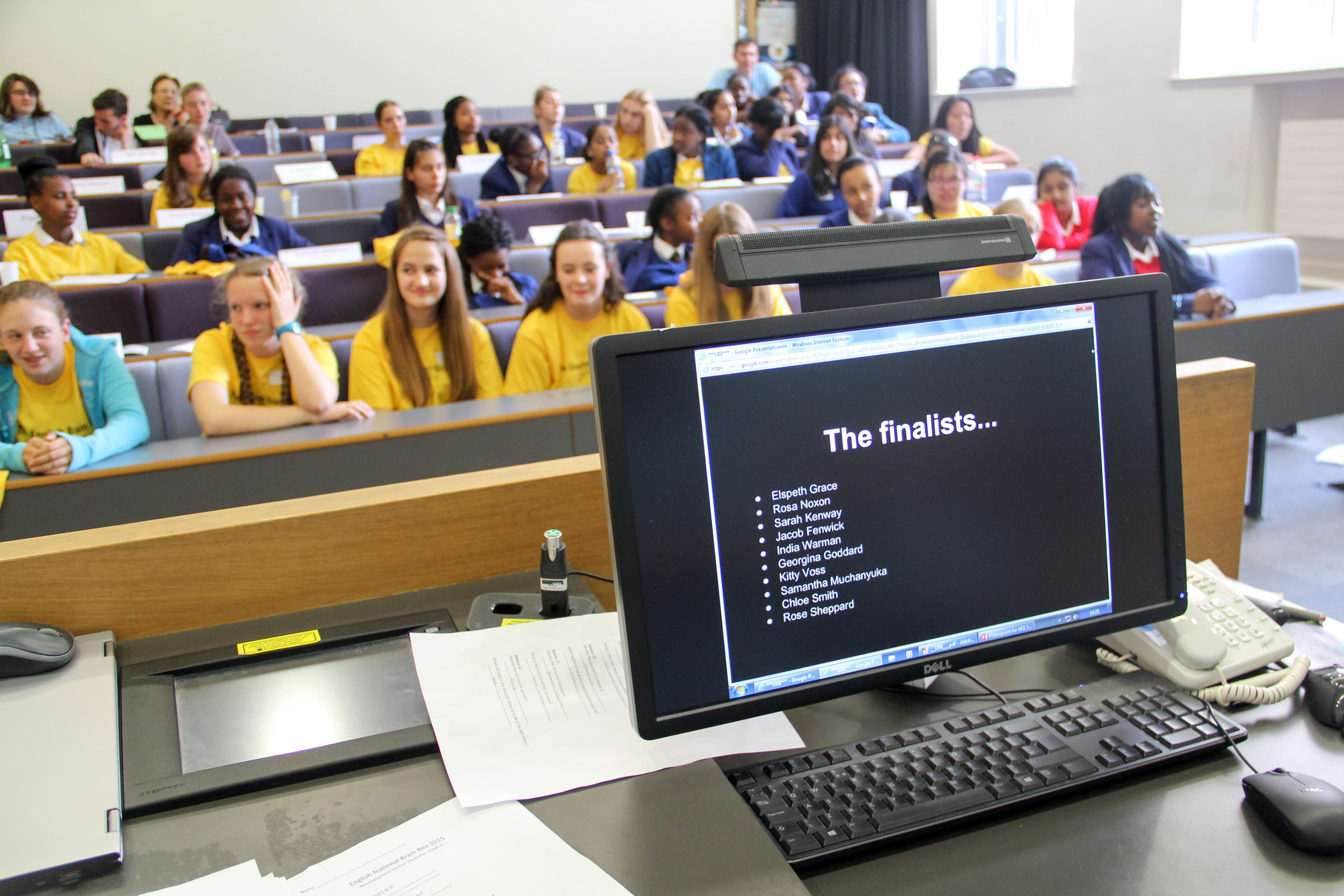 The English Brain Bee was sponsored by The Physiological Society and UCL’s Volunteering Services Unit. To learn more, visit http://www.englishbrainbee.org.

This article was published in Physiology News 100.