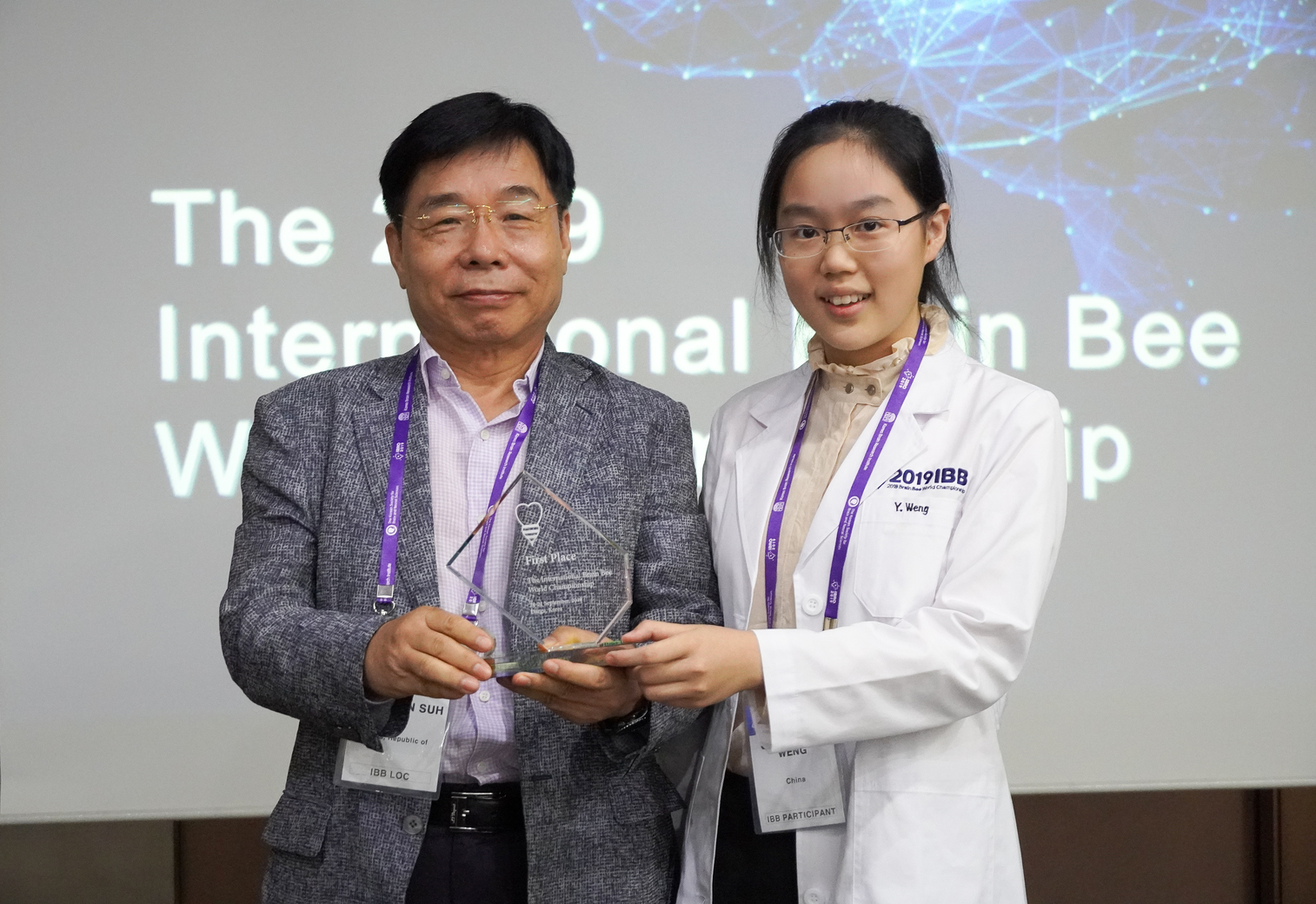 Seventeen-year-old Yidou Weng, representing China, placed first in the 2019 International Brain Bee (IBB) World Championship, a neuroscience competition for teenagers. This year, a record twenty-eight national/regional champions from all six continents traveled to Daegu, Korea, to compete in the IBB World Championship, which took place in Asia for the first time. The 2019 IBB was hosted by the 10th World Congress of Neuroscience of the International Brain Research Organization (IBRO). 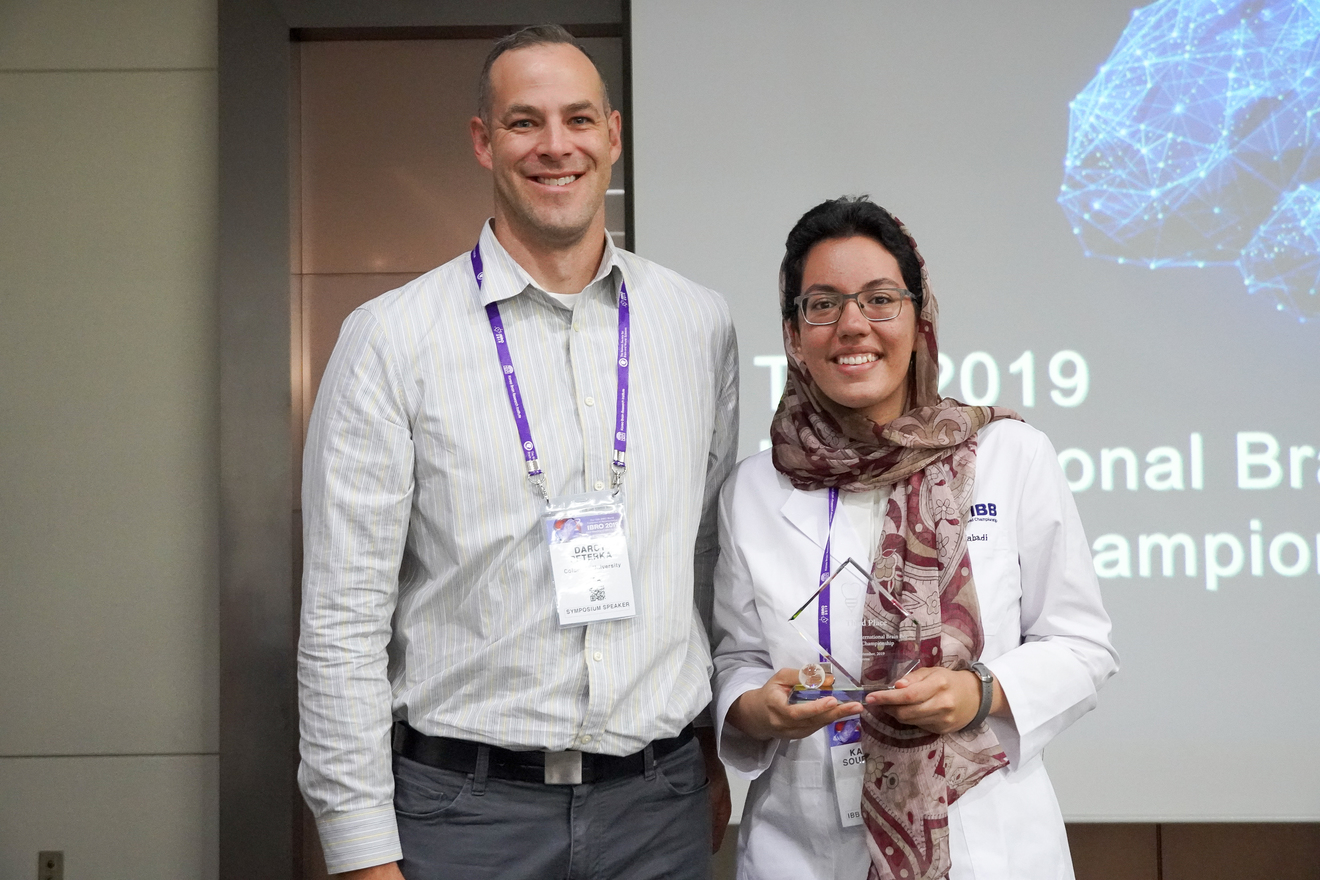 Achieving an outstanding 93.8 out of 100 possible points, Yidou was awarded a full scholarship of $4000 from Leadership Initiatives to attend the Advanced Medical Neuroscience Summit at Georgetown University in Washington D.C. in the summer of 2020, along with a travel stipend. In addition, she received a monetary prize of $3000 and an engraved trophy.

Yidou originates from a small town in China, and reached the IBB World Championship through remarkable determination and initiative, studying and traveling on her own to a larger city to attend the regional chapter and then the Chinese national competition, earning first place in both. 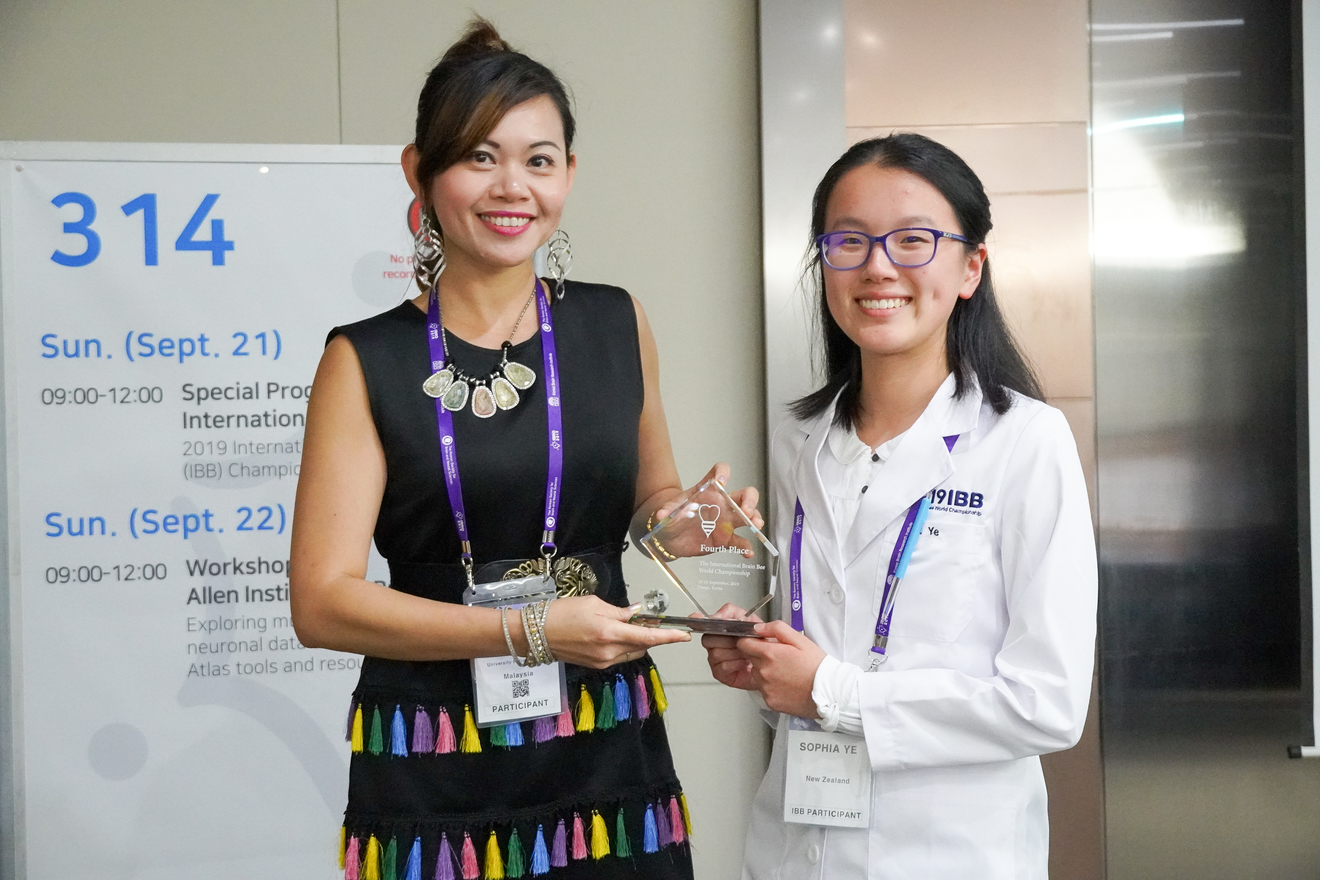 Polish representative Natalia Koc (19) placed second in the competition with 90.4 points, and received a monetary prize of $2000. She was closely followed by Iran’s Kamand Soufiabadi (17), who obtained 90.1 points and received $1000 USD.

Sixteen-year-old Sophia Ye from New Zealand placed fourth and seventeen-year old Silas Hansch-Maher from Australia placed fifth. All competitors received a medal to recognize their achievement and participation in the World Championship.

The challenging competition took place in five parts. The written exam and patient diagnosis components of the competition were held at the Korea Brain Research Institute, followed by the Neuroanatomy and Neurohistology practical exams at Kyungpook National University and a Live Judging Session at IBRO 2019, after which the award presentation took place onstage during the Congress Opening Ceremony.

At the competition’s celebratory dinner, IBB Founder and Board Chairman Dr. Norbert Myslinski reminded participants of the IBB’s motto: building better brains to fight brain disorders. These students are the next generation of scientists and leaders, and have found each other at the ‘hive’ that is the International Brain Bee, forming connections that will last a lifetime and inspire positive action in the world. 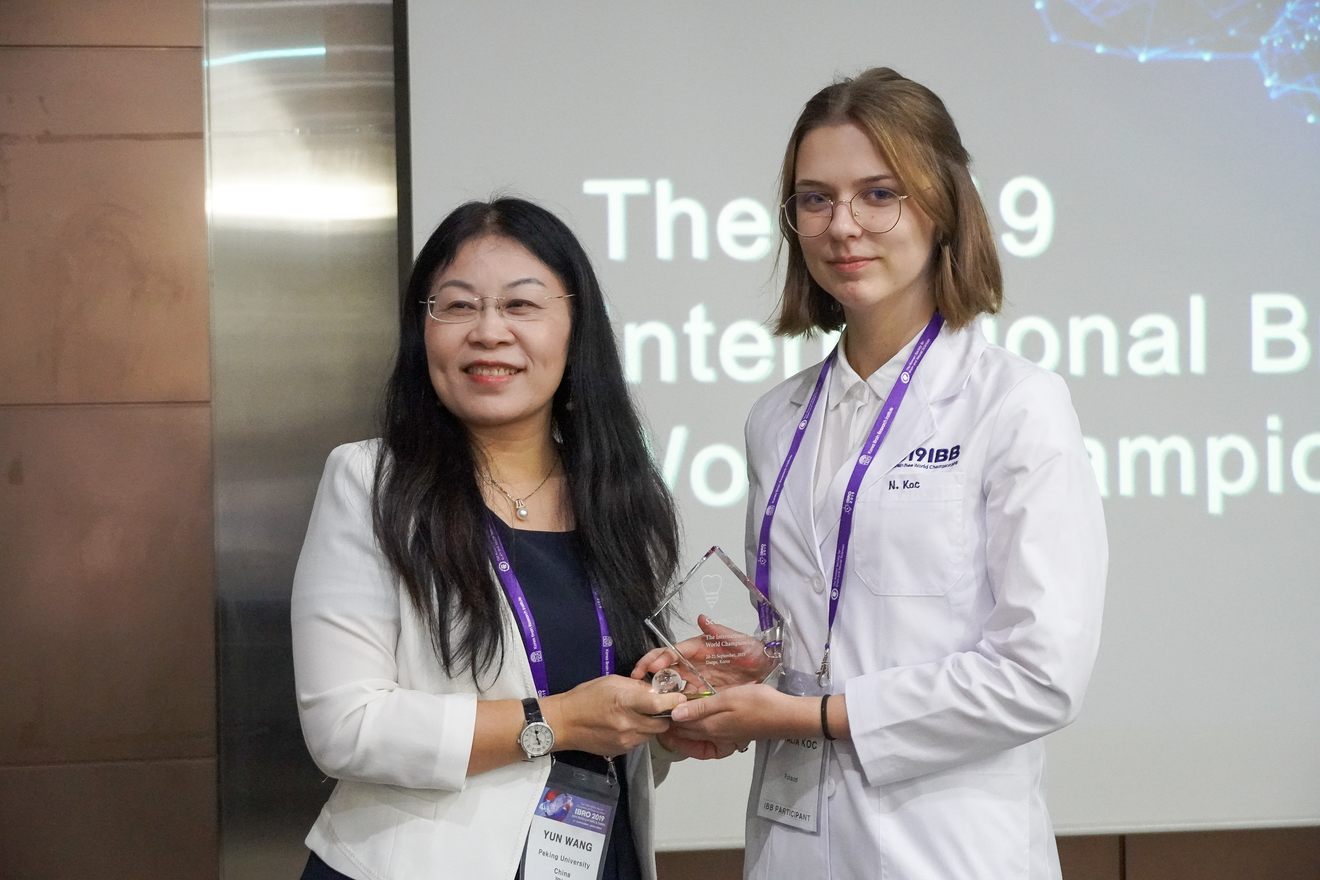 2019 IBB Co-Chair Dr. Julianne McCall commented, “The IBB is much more than a competition; it is a community. Not only did the students demonstrate brilliant knowledge of the many facets of the field of neuroscience, they did so with enthusiasm and comradery, and that combination is powerful. We look forward to following the students as they advance through their ambitious academic and professional careers.”

The Brain Bee is online at thebrainbee.org and on social media at facebook.com/internationalbrainbee and with the hashtag #ibro2019.

Photo 6: All competitors during the IBB Awards Ceremony on the IBRO Opening Ceremony stage.